St. Nicholas cave monastery is located across the river opposite to Chalet Rutenia, on the hills of Dnister among the picturesque cliffs and natural caves. Back in the 9th century BC there was pre-Christian sanctuary. And then, already in the old Rus’ era in the XIII century, a monastery was formed which is mentioned in written sources.

Since 1015, beg. Founded and consecrated PRP.

One of the oldest fonts in Ukraine is “Sarmat” in Sokyriany, Chernivtsi region.

The State historical and architectural reserve “Hotinska Fortress” is the miracle that is included in the list of “7 Wonders of Ukraine”. The fortress appeared on the bank of the Dnister in the X century. At those times it was the only defensive fort – an earthen rampart with wooden walls.

The first stone fortress was built in the XIII century: and for centuries it was reconstructed and expanded. This is the location where, in 1621 the famous Khotyn battle took place when the forces of Ukrainians and Poles were defeated by the Turkish army, which was almost three times larger in number.

On the territory of the fortress, you can have a tour and the guides will tell you a lot of interesting stories about the events that took place in these lands.

Kamianets-Podilskyi is one of the oldest cities in Ukraine, which has a thousand-year history. It is a city of seven cultures: Ukrainians, Poles, Armenians, Russians, Jews, Turks, Lithuanians.

Kamianets-Podilskyi is one of the oldest cities in Ukraine, which has a thousand-year history. It is a city of seven cultures: Ukrainians, Poles, Armenians, Russians, Jews, Turks, Lithuanians. 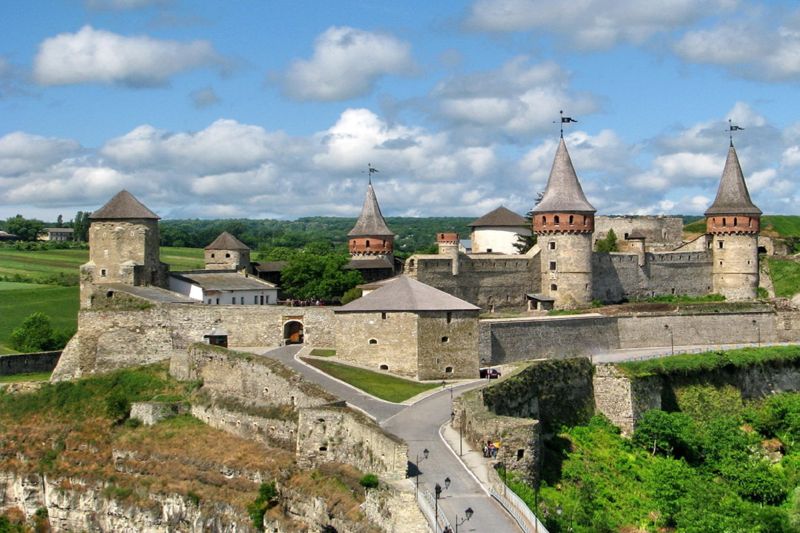 Chernivtsi is the capital of the Bukovina region. The city is known for its architectural ensembles, in particular the architectural masterpiece “residence of the metropolitans of Bukovina and Dalmatia”-included in the UNESCO World Heritage List.

This city has its own unique atmosphere and flavor that you will feel.